If you’re new to MMORPG Tycoon 2, skip down to the ‘First-Time Instructions’ section below. The game is still in development, and does not yet have a tutorial to teach the basics, so reading that section is the best way to get started!

Note that both builds require video drivers which support an OpenGL 3.3 core profile. Most discrete video cards from the last five or six years should be fine. Integrated chipsets may have trouble. I’m unaware of any virtual machines which support OpenGL 3.3 (if you are, I’m very interested to know about them, please let me know!)

I’m very interested to get people’s feedback on this. Please let me know how well it performs for you, whether you have any crashes, etc. If you do experience any asserts or crashes, it’d be extremely helpful to have the contents of the text console as part of the crash report. You can report crashes to me either in the comments here, or via e-mail to ‘trevor’ at this website domain. Thanks so much for your help, everyone! 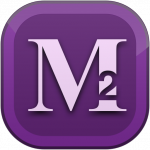